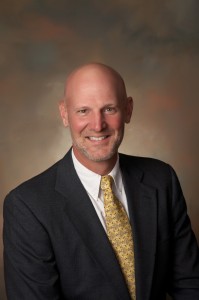 Dr. Evensen received his bachelors degree from St. Olaf College prior to attending the University of Minnesota School of Dentistry. He obtained his D.D.S. (Doctor of Dental Surgery) in 1988 and completed the requirements for the Advanced Education in General Dentistry Residency in 1989 at Minnesota.

Dr. Evensen practices general dentistry with emphasis on preventative, restorative, and cosmetic aspects. He continues his affiliation with the dental school through part-time instruction of students. In September 1996, Dr. Evensen joined Drs. Hoover, Anderson, and Norsted as an owner of Valley Dental Group.

In addition to dentistry, Dr. Evensen enjoys spending time with his wife and daughters, and outdoor activities such as snow skiing, golfing, and water sports. 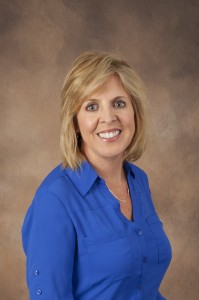 Dr. Fenske is a native of New Ulm, Minnesota. After graduating from St. Olaf College in 1984, she attended the University of Minnesota School of Dentistry and received her Doctor of Dental Surgery (D.D.S.) degree in 1988. Dr. Fenske was commissioned as a Lieutenant in the United States Navy and was stationed at Naval Air Station Moffett Field in California for four years.

From 1992 to 1995, Dr. Fenske was in private practice in Northern California while also serving in the Naval Reserve. She was excited to have the opportunity to return to Minnesota, closer to family and friends, and accepted a full-time position with Valley Dental Group as an associate general dentist in October 1995 and became an owner in January 2000.

In addition to dentistry, Dr. Fenske enjoys spending time with her husband and three children. 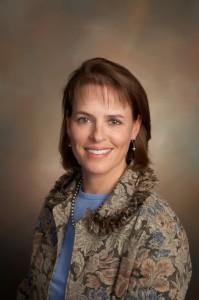 Dr. Parsons and her husband then relocated to the Twin Cities; their home away from home! She instructed preclinical and clinical restorative dentistry at the University of Minnesota School of Dentistry. Valley Dental Group recruited Dr. Parsons in 1993 as an associate. In January 1999, Dr. Parsons became an owner of Valley Dental Group. She currently practices full time and enjoys all facets of General and Esthetic Dentistry.

In her free time, Dr. Parsons most enjoys family time with her husband and three children. She also enjoys running, skiing, golf and the great outdoors as well as being an active member in her church. 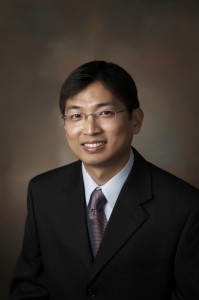 In September 2004, Dr. Liu became a full time associate with Valley Dental Group and practices all facets of General Dentistry.

Dr. Liu believes in developing and maintaining a long and strong relationship with his patients and providing them with the highest quality dental care experience possible. He enjoys working with patients from culturally diverse backgrounds and speaks fluent Taiwanese and Mandarin Chinese.

Dr. Liu is very close to his family in New York and Taiwan. He likes to spend time with his friends and is actively involved with his charity group as well as many volunteer works in the community. His interests include reading, traveling, hiking and canoeing. He and his wife love Midwestern life style and enjoy many activities that the great state of Minnesota has to offer. 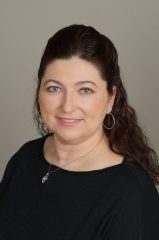 Dr. Eapen was born and raised in Dubuque, Iowa. In 1996 she graduated from Loras College in Dubuque with a B.S. in Biology. She attended the University Of Iowa College Of Dentistry completing her Doctor of Dental Surgery in 2000. She resided as a faculty of the Admission department at the University of Iowa until 2001 when she and her family relocated to Rochester, Minnesota.

In Minnesota, Dr. Eapen practiced as an associate dentist in Albert Lea. In 2003, she and her husband relocated to Ohio where she was a partner dentist for 3 years and then maintained a private practice in Ashland, Ohio for over 9 years.

In 2015, her family moved to Medina, Minnesota.  In August of 2016, she became a part time associate with Valley Dental Group.  She has enjoyed meeting many of Valley Dental Groups patients, and looks forward to helping our patients obtain their optimum dental health.

She enjoys quilting, designing and spending time with her husband and two daughters.

Dr. Marin Parsons was born in Edina, Minnesota and raised in Eagan, Minnesota.  She graduated from the University of Minnesota in 2013, where she earned her Bachelor of Arts degree in Child Psychology.  She spent the next year working at HealthPartners Institute in Bloomington, Minnesota as a dental research intern while earning her Minor in Biology at the University of Minnesota.  Dr. Marin Parsons decided to be Hawkeye for four years and attended The University of Iowa College of Dentistry and Dental Clinics and received her Doctor of Dental Surgery (DDS) degree in 2018.

Dr. Marin Parsons moved back to her home state of Minnesota after graduation and was excited to accept an associate position at Valley Dental Group in June of 2018.  She is looking forward to working alongside her mother as well as the other dentists she saw during her dental visits growing up.  Her favorite aspect of dentistry is building relationships with her patients and helping them feel comfortable while providing high quality care. 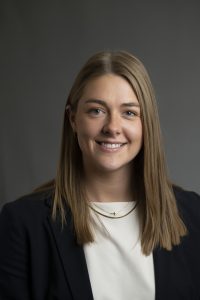 Dr. Rachel Wians was raised in Middleton, Wisconsin and attended the University of Minnesota Twin Cities for her undergraduate studies. During her college career, she ran track and field and cross country for the Gophers while earning her bachelor’s degree in Physiology. As a recent graduate of the University of Minnesota School of Dentistry, she loves calling the Twin Cities her permanent home.

Dr. Wians was drawn to Valley Dental Group because of the collaborative nature of the clinic, kind people, and family-like atmosphere. Her favorite part of dentistry is forming connections with her patients and helping them to feel at ease during their visits. She especially loves working with kids.

Outside of dentistry, Dr. Wians enjoys running and cross country skiing, drawing, spending time at her family’s cabin in Wisconsin, and serving in her church’s children’s ministry. 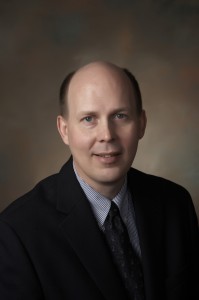 Dr. Anderson is married to Julie who is a pharmacist and they have 5 children. Dr. Anderson and his family currently reside in the northern suburbs of the Twin Cities. He enjoys family activities, family trips fishing and camping. 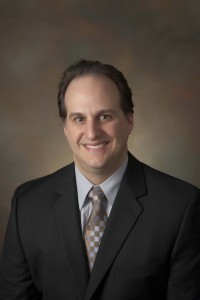 Dr. Basile, who is known by his patients as Dr. Joe, was born and raised in Anchorage, Alaska.  In 1990, he completed his undergraduate studies at Montana State University in Bozeman, where he received a Bachelor of Science degree in Biomedical Sciences.  He graduated from the University of Minnesota, School of Dentistry in 1994 with high distinction. He was elected into Omicron Kappa Upsilon, a national dental honor society, awarded to the top ten percent of each graduating class.  Following dental school, Dr. Basile completed a two year residency program at the University of Minnesota in Pediatric Dentistry, receiving a specialty certificate.

After practicing Pediatric Dentistry for four years in the Twin Cities and Oregon, he decided to return to the University of Minnesota in 2000 to pursue a second residency program in Orthodontics.  Upon completion of this program in 2002, he began practicing exclusively as an orthodontist.  Dr. Basile is a board certified orthodontist and a certified provider for Invisalign® (invisible aligners).

Dr. Basile enjoys sports, particularly hockey and football, exercising, reading, music, watching movies, and riding his motorcycle.  He lives in the Savage area with his wife Sarah, who is a dental hygienist, and his daughter Sophia. 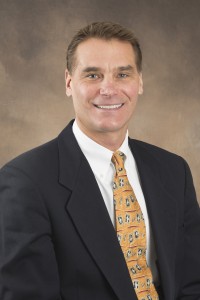 Dr. Carter then returned to his home state of Minnesota to complete his residency training in Oral and Maxillofacial Surgery at the University of Minnesota. Since that time, he has practiced in the western suburbs of the Twin Cities for the past 19 years, joining Valley Dental Group in November 2015. 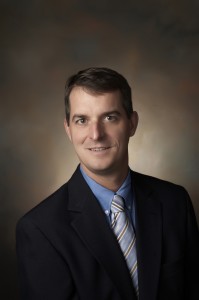 Dr. Gerstner and his wife, Meagan, both natives of Wisconsin, enjoy Packer Football.  In addition, Dr. Gerstner enjoys all sports; he plays a lot of basketball, runs marathons, and enjoys golfing.  His nine year old son, Max also keeps him busy with coaching his basketball and football teams. 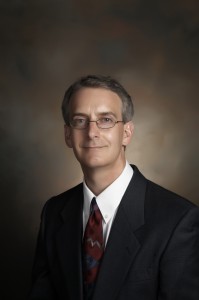 Dr. Klump brings a wealth of expertise to Valley Dental Group and its patients.  A native of Midland, Michigan, Dr. Klump received his DDS degree from the University of Michigan School of Dentistry in 1986.

His connection with Minneapolis goes back to his general practice residency at the VA Medical Center from 1986 to 1987.

After one year as a general dentist, Dr. Klump began his emphasis in the non-surgical and surgical treatment of periodontal disease, including implant dentistry. Dr. Klump completed his specialty training in Periodontology at the University of Minnesota School of Dentistry in 1994. Prior to becoming a parent, Dr. Klump taught at both the University of Minnesota dental program and at Normandale Community College Hygiene program. He has continued to practice periodontics and implant dentistry with various larger private practices in the Minneapolis area. Since completing his specialty degree, Dr. Klump joined Valley Dental Group on a part-time basis in 1999.

Bookmark the permalink.
Many common replica watches uk nowadays can range between one thousand dollars and twenty thousand dollars. It is not frequently that you will find a replica watches sale that is six figures, as rolex replica uk of that caliber are often special pieces that are made for a specific occasion. replica watches uk are made with a multitude of precious metals, such as silver, gold, and platinum. Unfortunately, most people cannot afford such prestigious materials. Due to the fact that expensive replica watches are so revered and sought after, many people want them, but due to financial restrictions, simply cannot own them. For the average person, the closest alternative to a real, authentic luxury watch are Calatrava replica watches.